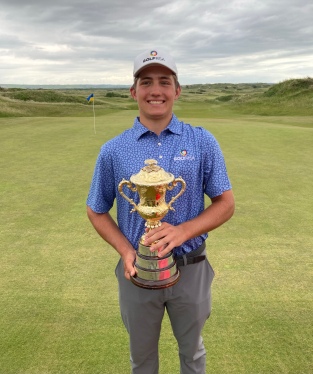 2. France v. England Men’s International Match (FRA)
ENGLAND beat FRANCE 13.5-10.5 in their men’s match at Golf de Saint-Nom-la-Bretèche. Whilst the French out performed the English in the Foursomes on both days the visitors greater strength in depth showed in the more important Singles. John GOUGH, Arron EDWARDS-HILL, Jack BIGHAM and Sam BAIRSTOW crucially won both of their Singles for England.  Results (14-15/05/22)

3. The Flogas Irish Amateur Open Championship
Colm CAMPBELL (IRL), now 35, won the Flogas Irish Men’s Amateur Open at The Island Golf Club after a sudden death play-off with Matthew MCCLEAN (IRL). It was Campbell’s second Championship having also picked up the trophy at Royal Dublin back in 2016. Both players finished on 289 (+1) in regulation with McClean coming through the field with a final round 70 which could have been much better. Robert MORAN (IRL) finished 3rd on +3, Marc BOUCHER (IRL) 4th on +4 and recent West of Ireland champion Alan FAHY (IRL) 5th on +5.  Results (12-15/05/22) 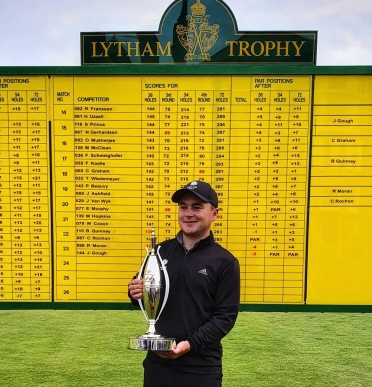 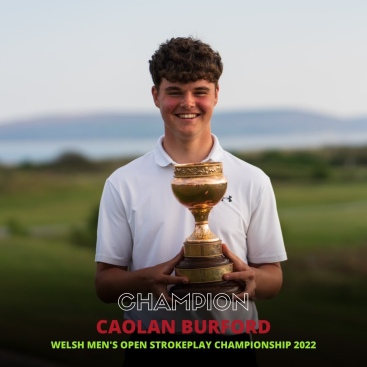 This year’s event saw a change of format with a 54 hole stroke play qualifying competition over the first three days producing a top 16 match play stage to determine the eventual champion. Caolan RAFFERTY (IRL) was the only player to finish under par on the Rosses Point links; his 210 (-3) total, which included a 6-under 65 on Day 1, earning him medalist honours. Thomas HIGGINS (IRL) +1 finished 2nd, Alan FAHY (IRL) +1 3rd and Liam NOLAN (IRL) +2 4th.  SP Results (15-17/04/22) 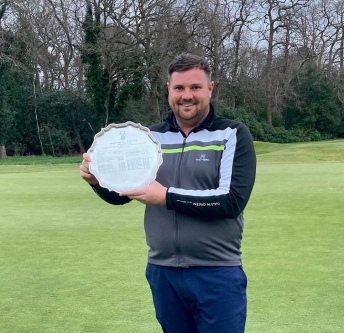 Luke HODGETTS (ENG) won the Selborne Salver (ENG) at Blackmoor G.C. with rounds of 70 and 67 for a 137 (-1) total. Colin ROOPE (ENG) and Jack BROOKS (ENG) 138 (Ev) finished tied 2nd. Whilst Hodgetts bogeyed his final two holes to make things interesting Brooks may still feel this is one that got away. A double bogey on his closing hole, by coincidence he had also started with a double in Round 1, will clearly not have been what he planned standing on the tee.  Results (09/04/22)

8. Duncan Putter (WAL)
Tom BASTOW (ENG) and Sean DAVID (WAL) shared the 2022 Duncan Putter at Southerndown G.C., an event which chooses not to have a play-off, after they both finished on 296 (+16). David entered the final round with a 4-shot lead but was only able to produce a 79 which opened the door to the chasing pack. The surprise was that Bastow was the player to come through it. He started the final round in tied 6th place and 7-shots behind David but his final round 72 saw him move past the faltering leaders. Lloyd WALTERS (WAL) finished 3rd on +17 with 2013 winner Tim HARRY (WAL) also +17 4th on count back.  Results (08-10/04/22) 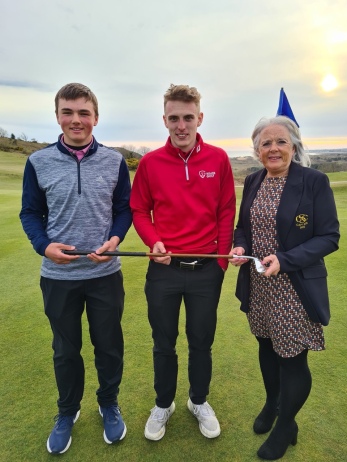 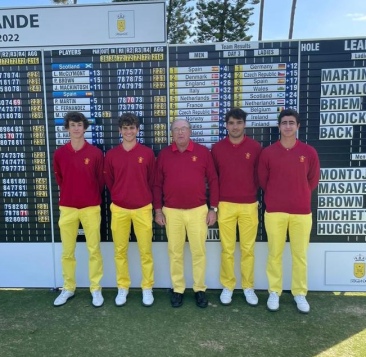 The @GolfBible Twitter account, which now has over 11,675 followers, provides daily updates on both men’s and women’s amateur competitions. The twitter feed can be accessed by clicking either the above link or Menu tab.

You may also want to take a look at the GolfBible Pinterest account. There’s over 3,400 golf photos to flick through here with some of the more recent additions shown below (slide photos upwards to view more).

I hope you will find something of interest and enjoy exploring the various parts of Golf Bible.