Here is a summary of all of the major men’s amateur golf awards: –

Awarded to the player ranked No. 1 in this men’s amateur ranking at the end of each year.

This prize is presented annually by The R&A and USGA to the leading player in the World Amateur Golf Ranking after the final ‘elite’ event of the season, normally the U.S. Amateur or the European Amateur.

It honours Mark McCormack, the founder of IMG and a huge supporter of golf.

Since 2012 the men’s winner has been invited to play in the following year’s U.S. Open and The Open provided they remain an amateur.

The Past Men’s Winner’s are: – 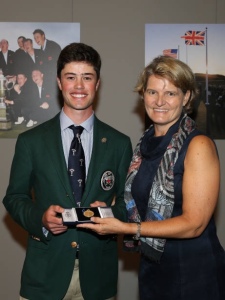 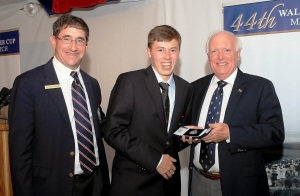 WELSH AMATEUR GOLFER OF THE YEAR

This prize is presented annually by a Committee representing The Friends of Golf, the Golf Coaches Association of America and the Colonial Golf Club to the outstanding male amateur and U.S. collegiate golfer of the year.

Prior to 2002 academic performance was also included in the Award’s criteria.

In February each year a 25-man Watch List is announced.  In April this is cut to 10 semi-finalists before a final three are invited to the award ceremony in early May.

The Award is presented at a banquet in May at the Colonial Country Club prior to the PGA Tour’s annual tournament there; in 2018 this was the FortWorth Invitational but in recent years it had been the Crowne Plaza Invitational.

Since 2005 the sponsors of the Invitational event played at Colonial have invited The Ben Hogan Award winner to compete in the following year’s championship.

The Past Winner’s are: –

This award is named in honour of Liverpool-born Fred Haskins, who served as pro at the Country Club of Columbus for 34 years.

It is now awarded in early June with the presentation televised live in the U.S. on the Golf Channel.

Awarded annually in late April to a graduating Senior in recognition of their entire collegiate academic and golf career as well as their character and integrity while in college. Particular consideration is given to a nominee’s good citizenship, as portrayed by Mr. Byron Nelson over the course of his life and golf career.

SGA AMATEUR OF THE MONTH

Since 2003 the Southern Golf Association (SGA) has awarded an Amateur of the Month prize to the leading amateur player, male or female, in each month of the golf season (March to October).

The Award is determined by a panel of experts, comprising college coaches, golf writers and golf administrators. Nominations are put forward by the panel who then select the recipient from the names suggested. It started off as a National award but soon became International in it’s outlook.

All male recipients of the Award are exempted into the Southern Amateur Championship which is staged annually in July.