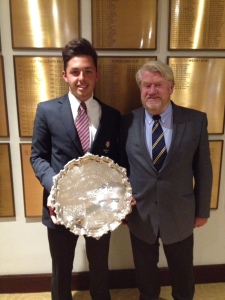 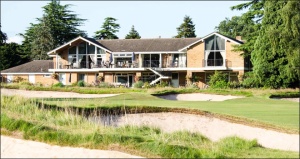 Peter McEvoy OBE has been a member of Copt Heath for nearly 50 years and is a famous British amateur golfer.  My profile of his career can be read by clicking this link – Peter McEvoy. 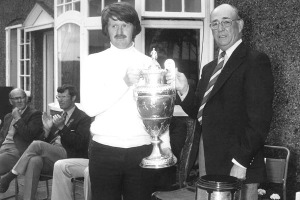 Following Peter’s Amateur Championship victories in 1977 and 1978 Copt Heath invited him to suggest a way in which the Club could commemorate his achievements. He suggested a 72 hole competition for Under 18 junior boy golfers, to be held annually at Copt Heath.

Starting in 1981, The Peter McEvoy Trophy was originally held during the August summer holidays. In 1985, at the request of the English Golf Union (now England Golf), it was moved to April, where it has stayed ever since. This request was prompted by a need for an early season national competition to assist them with the selection of their team ahead of various Home Nation matches and European Championships held later in the year. 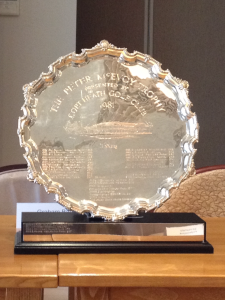 As Peter McEvoy’s playing achievements and influence grew, culminating with him becoming a Great Britain and Ireland (GB&I) selector and Walker Cup captain, so has the prestige of the competition. The McEvoy is now the curtain raiser to the boy’s golf season and is unquestionably one of the “must enter” major competitions in the junior golf calendar. The best junior players from across GB&I, and occasionally elsewhere in Europe, are now guaranteed to be seen at Copt Heath every year.

The competition is recognised as a World Amateur Golf Ranking event.  In recent years it has been given a strength indicator of ‘E’.  The winner receives around 10 Points Average to their total where other finishers in the Top 25 receiving a declining number of points too.

The format, limited daylight and frequently poor weather in April means the field is sensibly restricted to 72 players. A ballot based on handicap is applied to the entrants in what is always an oversubscribed event.  The cut-off handicap continues to reduce annually, being +1.7 in 2001 but 0.0 in 2015. This of course illustrates the improvement in the players now coming through in GB&I, many of whom have handicaps of between -2 and -4.

The competition has always been played at Copt Heath Golf Club.  Copt Heath, despite its name, is essentially a parkland course.  The current course was designed and built in 1913 by Harry Colt, the famous course architect, and is predominantly flat but well protected with around 95 bunkers.  A number of bunkers have been upgraded in recent years under the advice of Dutch architect, Frank Pont.

All competitors play the first 36 holes on Day 1, playing in group’s of three.  The leading 40 players (and ties) then return for the final 36-holes on the following day, which is played in two-balls.  A two tee start is used on both days.

In the event of a tie the result is now decided by a sudden death play-off, utilising holes 18, 1 and 9.

Over 120 entries were received for the 2015 McEvoy Trophy.  As stated above the 72 successful competitors all have handicaps of 0.0 or better.

The draw for Day 1 and the first 36-holes of the competition can be viewed by clicking this link – 15th April 2015 Start Sheet.

The McEvoy Trophy is a very well run competition.  A welcome addition being Live Scoring – updated after each nine on Day 1 and more frequently for the leaders on Day 2 – which has successfully been introduced in recent years.

The Peter McEvoy Trophy has an enviable list of former winners, reflecting both the quality of the entry but also the fair challenge presented by the course.  Two Winner Boards adorn the entrance hall to the club. 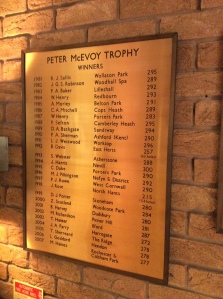 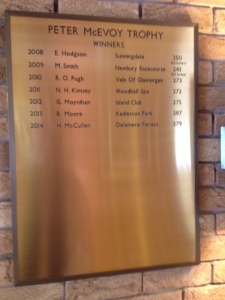 The Winner receives a small replica salver and a voucher for £250.  A total prize fund of around £1,000 is shared out amongst those players finishing in the Top 8 places (and ties).

A number of those listed below have gone on to play in Walker Cup teams and many more have enjoyed successful professional careers. 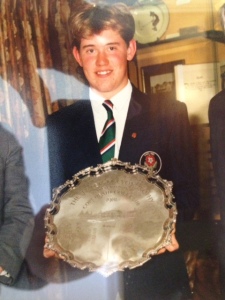 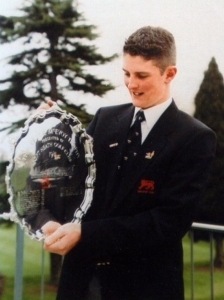 [In 2013 Justin Rose became the first McEvoy Trophy winner to win a Major Championship, when he won the U.S. Open at Merion GC.] 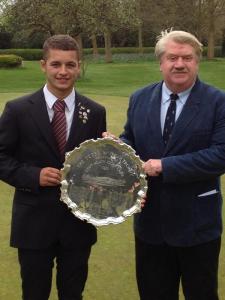 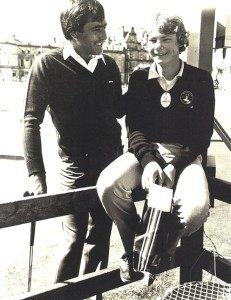 Wayne Henry pictured with Seve Ballesteros at the 1984 Open at St. Andrews