The Silver Medal is awarded to the leading amateur at The Open Championship, provided they make the cut and complete all 72 holes.

It was first awarded in 1949 and in the 72 Championships since has been won 52 times by 46 different players. Prior to World War II amateurs were often amongst the leading competitors so a separate prize was not considered necessary.

The Silver Medal used to bear the inscription ‘Golf Champion Trophy’, with the edition of the words ‘First Amateur’ but my understanding is it now simply states “Open Golf Championship [Year]’ on one side and the winner’s name on the reverse.

Here is some background on the Silver Medal and a full list of the select group of past winners.

The Open Championship was first played on 17 October 1860 at Prestwick Golf Club in Scotland.

It is the oldest of the four major championships in professional golf and the only one played outside the United States.

Amateurs In the Field

Nowadays the field is made up of 156 players. These are mainly professionals but there are always a handful of amateurs too.

Exemptions to both categories are given by The R&A based on previous wins / performances and world rankings. There are currently 27 exemption categories that provide c.110 players.

The remaining c.46 players have to play in The Open Qualifying Series (11 International events) or Regional (13 GB&I events) and Final Qualifying (4 GB events) to earn their places. Additional amateur players often come through these latter events.

Bobby Jones (USA) was the last amateur to win The Open Championship in 1930, his famous Grand Slam year. Jones had previously won the event in 1926 and 1927.

Finally, who can forget Paul Dunne’s (IRL) performance at St. Andrews in 2015. Dunne was tied for the 54 hole lead after rounds of 69, 69 and 66 before sadly a final round 78 saw him slip down the field for an undeserved tied 30th finish. 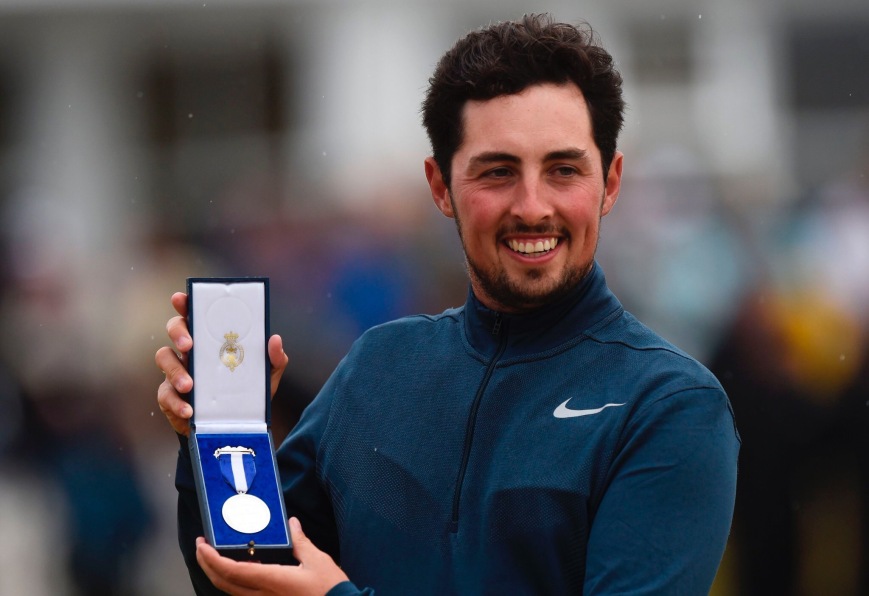 The Medal has not been awarded on 20 occasions during this period when no amateur was able to make the cut.

Frank Stranahan (USA) won it four times in its first five years. He was also the low amateur in 1947 before it came into existence.

Joe Carr (IRL), Michael Bonallack (ENG) and Peter McEvoy (ENG) are the only other multiple winners, having each won it twice.

Since 1972 a Bronze Medal has also been awarded to any other amateurs who complete all four rounds.

Here is the complete list of Silver Medal winners: –

Winners of the Boys’ Amateur Championship earn an exemption into Final Qualifying for The Open. Matthew Fitzpatrick came through Final Qualifying in 2013, the year he won the Boys’, to also pick up the Silver Medal.

Tiger Woods and Rory McIlroy are the only Silver Medal winners to go on and become ‘The Champion Golfer of the Year’ too.