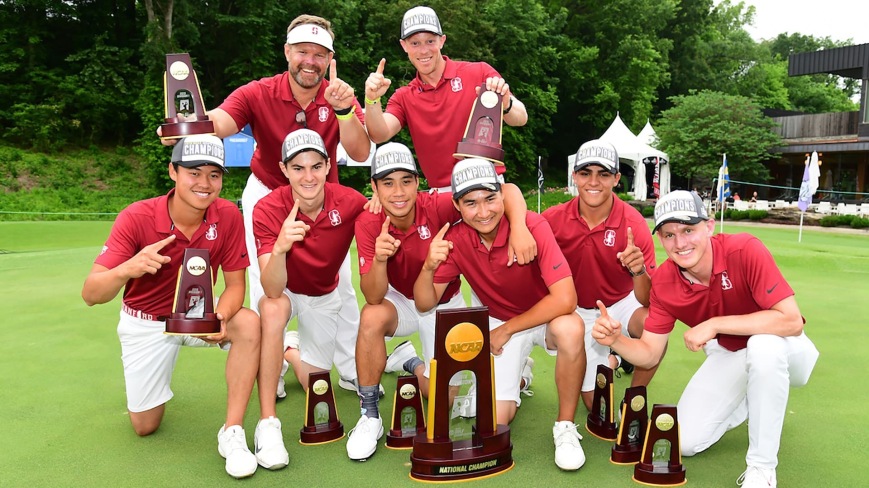 Isaiah Salinda’s victory over Cole Hammer, who was today named as the recipient of the Division I Phil Mickelson Outstanding Freshman Award, was arguably the key game in turning the match in favour of the Cardinal.

Wake Forest lost 3-2-0 to Stanford in the quarter finals of the Match Play Stage of the NCAA Division I Men’s National Championship.

Vanderbilt, Stanford, Oklahoma State and Texas were the four victorious teams on the opening morning of match play.

Stanford beat Vanderbilt 3-2-0 in their afternoon semi-final whilst Texas overcame defending champions and stroke play medalists Oklahoma State by the same scoreline. In the latter match two of the best amateurs in the world played off; Cole Hammer beat Matthew Wolff 4&3. 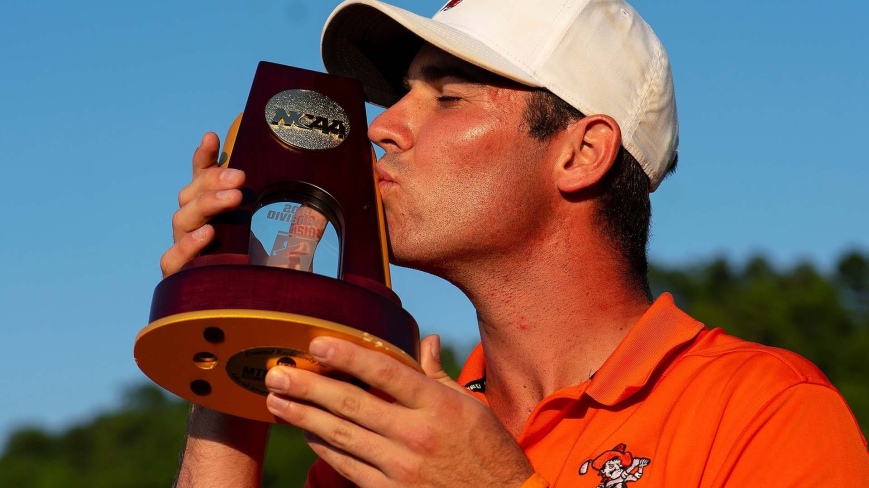 Just 5 players from the field of 156 recorded an under par score over the 72 holes.

Alex FITZPATRICK (ENG) finished tied 15th in the Individual stroke play standings at the NCAA Division I Men’s Championship. Consistent rounds of 75, 73, 72 and 72 saw him post a +4 total at the testing Blessings G.C. in Arkansas.

The freshman from Sheffield helped his Wake Forest University team finish 3rd in the Team event.

Oklahoma State justified their status as favourites by winning the 72 hole Stroke Play competition by 31 shots.

SMU defeated Clemson in a play-off to secure the final qualifying spot. 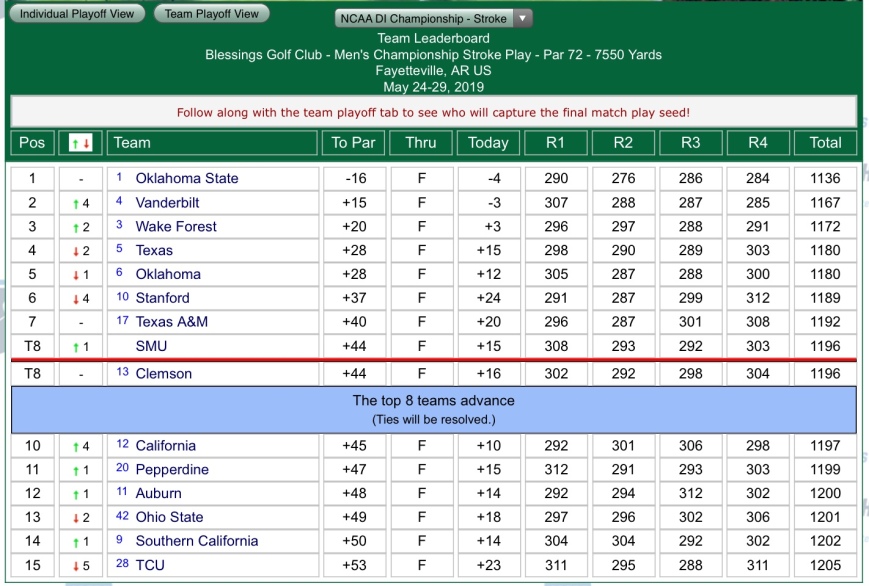 Alex FITZPATRICK (ENG) and his Wake Forest team have both progressed to the final stroke play round of the NCAA Division I Men’s Championship.

The first cut sees only the top 15 teams and nine individuals not on those teams play a final 18 holes today.

Harry HALL (ENG) will have been disappointed with his final round in US College golf. His 78 saw him fall to 222 +6. Placed tied 34th after Round 3 he therefore missed out on one of the leading Individual spots. His UNLV team finished on 906 +42 in tied 20th place.

The final round of stroke play will be played today to establish the eight teams that will progress to match play as well as the Individual champion.

The 2019 NCAA Division I Men’s Championship starts tomorrow at Blessings Golf Club in Fayetteville, Arkansas with The University of Arkansas hosting this year’s competition.

Blessings G.C. has just finished hosting the Women’s NCAA Division I Championship and it is fair to say that the scoring was on the high side. It was clear that this is a tricky course where strategy is very important.

30 5-man teams and 6 individuals not on those teams qualified to play through six Regional events played on 13th – 15th May. To learn more about these please read my earlier article – NCAA Division I Men’s Regionals – 2019 Preview & Results

54 holes of stroke play will be played on 24 – 26 May. A cut will then take place which will see the top 15 teams and nine individuals not on those teams play a final 18 holes on 27 May. After 72 holes the leading 8 teams will qualify for the match play stage and an Individual champion will be found.

Match play then takes over on 28-29 May as the Team national champions are sought on the final two days of competition. 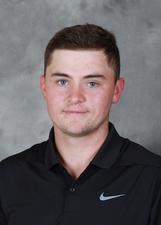 Here is a list of the competing teams and individuals, along with their Regional site result in brackets: –

Defending champions Oklahoma State remain the outstanding team in U.S. college golf and will again enter the Championship as the clear favourites.

Broc EVERETT of Augusta University won the individual title. He beat Brandon Mancheno of Auburn on the first play-off hole after both players had recorded a 281 (-7) total score during the 72 hole stroke play qualifying.