The Masters reflected his journey to the title in a nice tweet which highlighted his two Asia-Pacific Amateur Championship titles in 2010 and 2011 to qualify for the tournament, his Silver Cup low amateur win in 2011 and finally the life changing first major victory today.

The prize money for finishing first this year at Augusta National was £2,070,000.

The 2021 Masters Results (Graphic: The Masters)

Hideki MATSUYAMA (JAP) moved into a four shot lead on -11 after a superb 65 in Round 3 which saw him come home in just 30 shots. His bogey free round included one eagle and five birdies.

Playing in his tenth Masters the Japanese star now has a great chance to become Asia’s first male major champion.

There would be a nice symmetry if he can come through tomorrow as his compatriot 17 year old Tsubasa Kajitani won the 2nd Augusta National Women’s Amateur last week.

Hideki Matsuyama Receives The Silver Cup In 2011 (Photo: The Masters)

Heading into tomorrow’s final round Xander SCHAUFFELE (USA), Mark LEISHMAN (AUS), Justin ROSE (ENG) and Will ZALATORIS (USA) are his nearest challengers on -7.

Sadly no amateur made the cut at the 2021 Masters and therefore the Silver Cup will not be awarded on Sunday. It is the first time since 2015 that an amateur has not completed the 72 holes.

Ollie OSBORNE (USA) shot his second successive 76 to finish tied 74th on 152 (+8), the best of the three amateurs in the field. His three birdies today were offset by seven bogeys. Ollie was a little unlucky with his tee shots on the 6th and 16th but a couple of pulled drives late on simply left him too much to do. The SMU college golfer had another good day but will no doubt be disappointed with his finish.

Joe LONG (ENG) produced the lowest round by an amateur at this year’s Masters in Round 2 with a very accomplished 72 (Ev). His 154 (+10) total saw him finish in 80th place. The highlights were his three consecutive birdies on the back nine. He hit the 13th and 15th greens in two and had tap-in birdies on both of these famous par 5’s. Just like yesterday he finished with a superb approach into the 18th but was unable to convert his 4 foot birdie putt. James Sugrue’s 71 last November therefore remains the sole under par round by a GB&I amateur in Masters history.

U.S. Amateur champion Tyler STRAFACI (USA) struggled on Friday and finished 86th, last of the three amateurs. His 81 included one double bogey and eight bogeys. The highlight was his birdie on 14 where he holed a huge 25 yard putt from just off the front of the green.

Justin ROSE (ENG) recovered from another slow start to shoot an even par 72 in Round 2 and retain his lead on -7. His 18 hole 4-shot lead is now down to one though with Will ZALATORIS (USA) and Brian HARMAN (USA) in tied 2nd on -6.

The Top 50 and Ties cut fell at +3 with 54 players making the weekend.

Ollie OSBORNE (USA), the least heralded of the three amateurs in the field, shone brightest on the opening day at Augusta National G.C. The course played firm and fast and the wind swirled through the pines making for a tough test.

Osborne’s 76 (+4) saw him finish the day in tied 60th. The big hitting SMU player produced a tidy round with no big errors which were the downfall of his competitors for the Silver Cup. His bonus came via nice putts for birdies on the par 5 8th and 15th which gave him some additional breathing space.

Tyler STRAFACI (USA) played better than his 80 (+8) paying a heavy price for two mistakes which ended up costing him 5-shots. He’ll start Day 2 in 84th place. Firstly an aggressive approach to the 9th left him over the back with no shot to a green which sloped severely away from him. Then three holes later his tee shot to the notorious par 3 12th came up short finding the lake.

Joe LONG (ENG) shot an 82 (+10) in Round 1 to finish the day in tied 86th place. The Bristolian made a solid start but a pushed drive into the trees on the 5th cost him a triple-bogey and entering a tough run of holes he was unable to get back on track. The back nine saw an improvement with five pars and a birdie. Having struggled down the 13th he produced a great chip over Rae’s Creek to escape with just a bogey. However, the 17th will have disappointed the Amateur champion – three putts from 4ft saw him leave the green with a 6 when a 4 had looked likely. Nevertheless this time he bounced back well on 18 with a birdie. A great drive round the left-to-right dog leg set up a mid-iron which finished dead having lipped out for eagle.

The 85th Masters will take place at Augusta National G.C. this week between 8th-11th April.

The field is a little lower than normal with just 88 players competing.

As with last year’s Masters, played later than normal in November, there will only be a limited number of patrons on site due to COVID-19. This will hopefully help the amateurs to settle more quickly in to their famous surroundings when play gets underway.

I will be updating this article throughout the week with amateur scoring information. 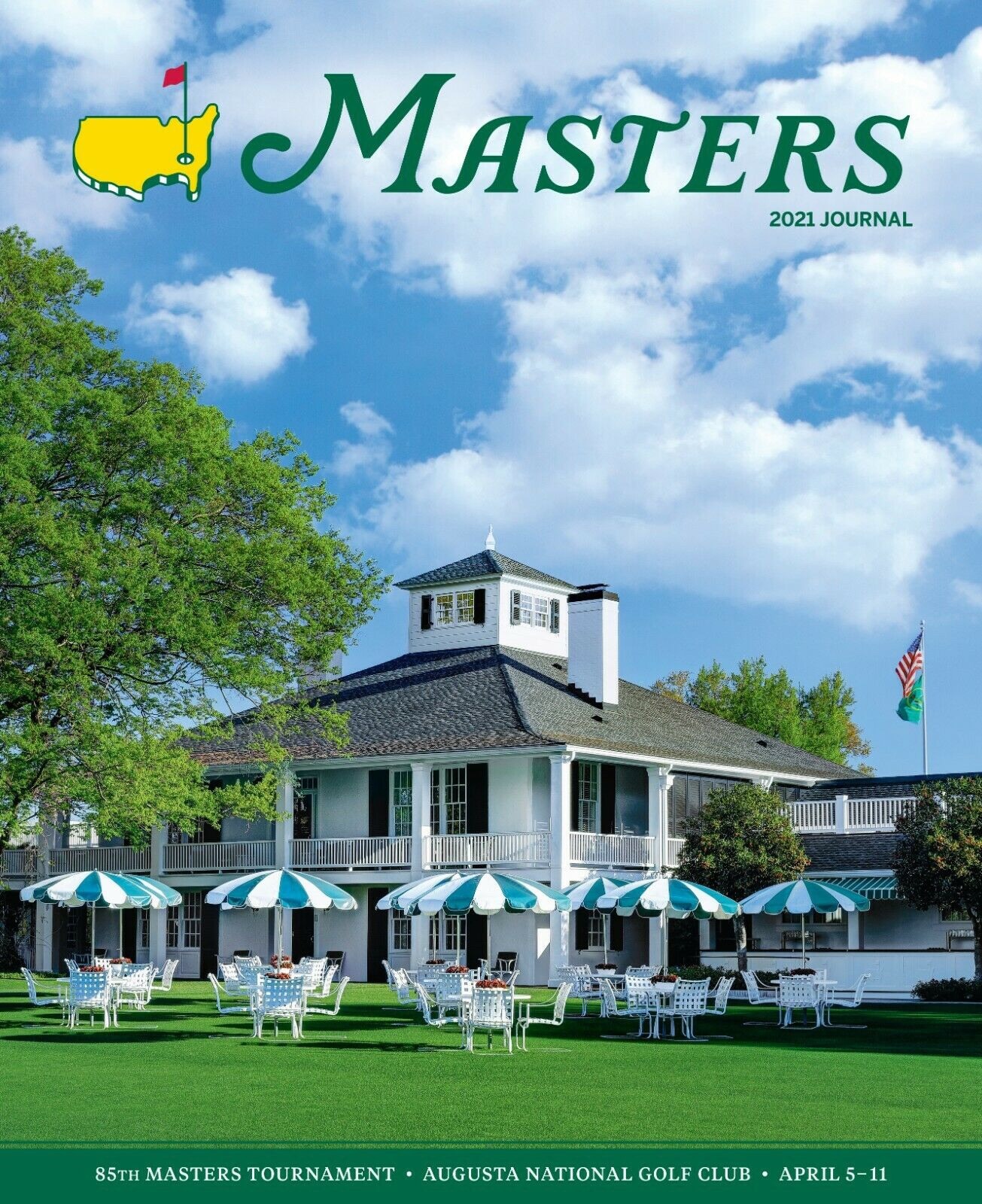 The legacy of Bobby Jones, the founder of the tournament and a lifelong amateur (at least during his competitive years), means The Masters has always found a place for the leading amateur players.

This year’s intake will take the total number of amateurs to have participated to 439.

The three Amateurs competing at The Masters are : –

JOE LONG (England) – winner of the 2020 Amateur Championship (Cat. 8 exemption). One of ten Englishmen in the field Long, 23 from Bristol, qualified after beating compatriot Joe Harvey in the Amateur Championship final at Royal Birkdale G.C. His victory also earned him automatic selection for the GB&I Walker Cup team. Joe picked up an injury whilst surfing in February but is confident he has fully recovered. This will be his first major appearance as well as his first competitive outing in USA. Caddie – John Chance (local). Current SPWAR #35 / WAGR #46.

CHARLES ‘OLLIE’ OSBORNE (USA) – runner-up at the 2020 U.S. Amateur Championship (Cat. 7 exemption). Osborne, 21, is a junior at Southern Methodist University in Dallas, Texas. He has won two college titles to date. Ollie monday qualified for the 2019 Baracuda Championship on the PGA Tour played at his home course in Reno, Nevada but missed the cut. This will be his first major appearance. Caddie – Stephen Osborne (father). Current SPWAR #124 / WAGR #247.

TYLER STRAFACI (USA) – winner of the 2020 U.S. Amateur Championship (Cat. 7 exemption). Strafaci, 22, graduated from Georgia Tech last May and whilst he returned for a fifth year in September he ultimately decided to forego his final spring semester to pursue playing opportunities. In addition to his U.S. Amateur win at Bandon Dunes he also won the North & South Amateur and Palmetto Amateur last summer. Like Long he will represent USA in the 2021 Walker Cup match at Seminole G.C. next month. He has played in one major before, the 2018 U.S. Open Championship. Tyler has also played in four PGA Tour events missing the cut in each of them. He picked up a collarbone injury playing in the 2021 Genesis Invitational which he has only just recovered from. Tyler’s grandfather Frank Sr., who died 10 years before he was born, played in The Masters in 1938 and 1950. Only Tommy Armour and Tommy Armour III have previously achieved this grandfather-grandson double. Caddie – Bret Benjamin (local). Current SPWAR #18 / WAGR #11.

The U.S. and Amateur champions also receive non-playing honorary invitations which mean they are invited to attend The Masters every year for the rest of their lives.

Due to social distancing only one amateur has been allowed to stay in the Crow’s Nest per night. Joe Long stayed there on Sunday night, Tyler Strafaci on Monday and Ollie Osborne on Tuesday.

The Amateur Dinner is being held on Wednesday night as it was in 2020. It had for many years been held on the Monday of Masters week. Chairman Fred Ridley will host the evening with Viktor Hovland, the 2018 U.S. Amateur champion who has subsequently transitioned smoothly to the pro ranks, the special guest speaker.

Click here to view all of the – Masters 2021 Tee Times

Andy OGLETREE (USA) won the 2020 Silver Cup at The Masters for the low amateur completing all 72 holes.

James SUGRUE (IRL) finished his opening two rounds on 148 (+4) and missed the cut. His four 3-putts in Round 1, including a short one on the 18th when he was trying to finish his round before darkness fell, probably ruined his chances of progressing.

He can take some consolation from his second round 71 though which was the first under par and lowest round ever recorded by a GB&I amateur at The Masters. Whilst the shots still had to be played James took advantage of the November playing with the softer conditions making scoring much easier than normal.

For more information on amateur performances at The Masters please take a look at – The Masters – Amateur Records.