Rank, aged 31, is a full time National Hockey League referee in North America and his golf is therefore largely restricted to the summer months.

He is the first Canadian to win the prestigious title since 1977 and the first mid-amateur since 1997. 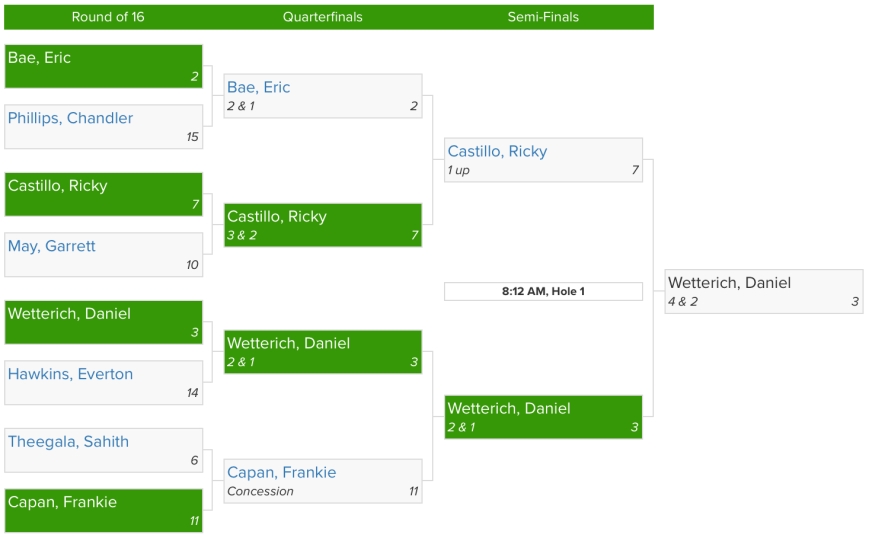 Interestingly from a Walker Cup selection perspective this major event is raising more questions than answers for the USGA. All of the leading U.S. players either crashed out in stroke play or in match play round 1. 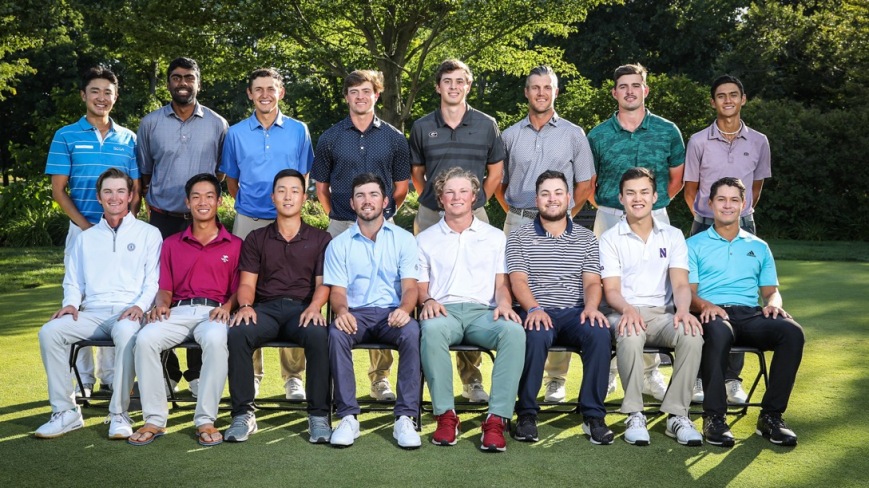 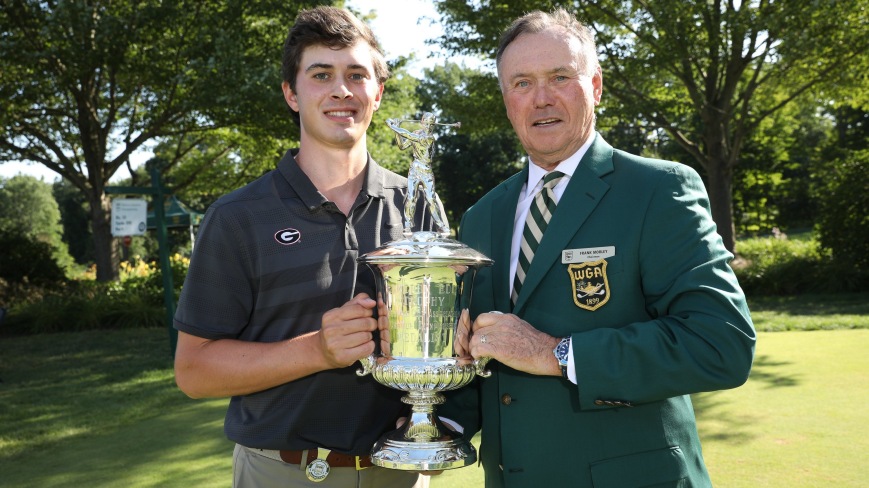 The 53 remaining competitors all played a further 36 holes today to determine the Sweet 16 match play field.

Here are the leading stroke play scores after 72 holes: –

53 competitors made the cut which is set at the leading 44 players and ties after 36 holes.

Defending champion Cole HAMMER (USA) also failed to advance to Day 3. His rounds of 72 and 69 left him on +1 which proved to be 1-shot too many. 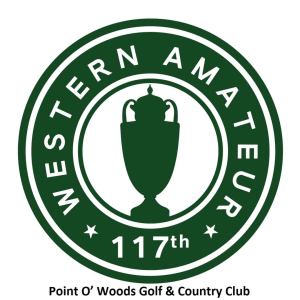 Put simply The Western has history and tradition, strong entry procedures, the best format and arguably the best trophies in all of amateur golf.

The Championship is run by the Western Golf Association (WGA). The WGA were established in 1899 and appropriately set up their headquarters in the town of Golf, Illinois. In addition to the Western Amateur the WGA also run the Western Junior Championship (since 1914) and the BMW Championship, the second oldest professional tournament in the U.S.A.

The event sits uncomfortably in the Great British and Irish (GB&I) amateur golf calendar, coming at the height of the European season. Despite the small number of GB&I entries normally seen the event is of such standing that it is always worthy of our attention, particularly in Walker Cup years from a U.S.A. team selection perspective. 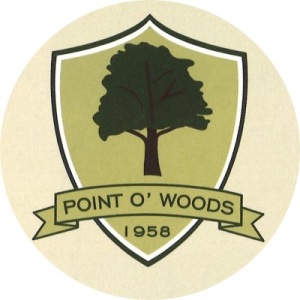 In 2018 more players in the Top 300 of the SPWAR competed in the Western Amateur (113) than in both the U.S. Amateur (103) and the Amateur Championship (103). That is despite the two major Championships having much larger fields, 312 and 288 players respectively.

Ben JONES (ENG) and Ryan LUMSDEN (SCO) are the only entries from GB&I this year. Jones is playing for the second time whilst Lumsden debuts despite having been a

student at nearby Northwestern University in Chicago for the last few years.

For more information take a look at the Championship website – www.thewesternamateur.com

Not only is the field often the strongest in amateur golf the current format, which was first adopted in 1961, is arguably the best of any amateur tournament in the world. It certainly offers a thorough examination of the players.

All of the field start by playing 18 holes of stroke play on each of the first two days.

The remaining players then play a further 36 holes of stroke play on Day 3.

At the end of 72 holes the low 16 finishers progress to the match play stage. A sudden death play off is used to separate those players tied for 16th place.

The “Sweet Sixteen” then play match play over the final two days of competition, the finalists having to play two matches on each day.

Point O’ Woods G. & C.C., located in Benton Harbor, southwest Michigan has long been associated with the Western Amateur Championship having previously held the event 40 times. Firstly in 1963, then in 1965 before becoming its permanent home between 1971-2008.

Point O’ Woods was designed by Robert Trent Jones Sr. and opened for play in June 1958.

The course plays 7,075 yards from the Championship tees and has a par of 70 (72 for the members). It is protected by tree lined fairways and large, undulating greens. The two nines are similar in length with both playing to a par of 35 (36). 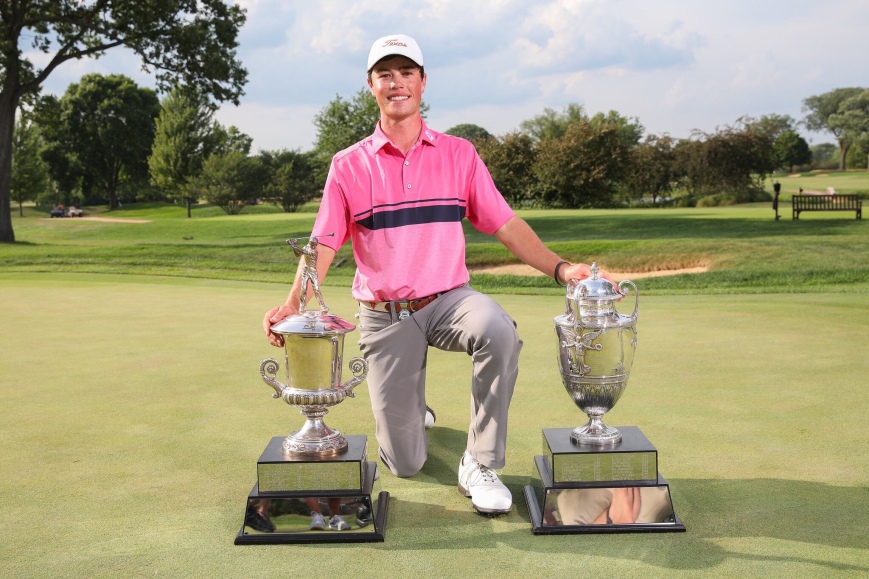 Hammer had to work hard for the title, playing a record equalling 76 holes of match play in addition to the stroke play qualifying. In an outstanding performance Hammer led from the front for virtually the whole Championship. He was co-medalist, with Sam STEVENS (USA), in the stroke play qualifying, with both players producing a superb 261 (-23) total for the 72 holes. Hammer’s total also included a new course record 61 in Round 3 which included 10 unblemished birdies on the par 71 Sunset Ridge course.

History and Other Past Winner’s

The Western Amateur was founded in 1899 and the 2019 event will be its 117th playing. It is the third-oldest amateur championship in the world.

As the various photos in this article show the trophies certainly match the history and prestige of the event.

Virtually all of the great names in U.S. golf have competed in and in many cases won the Western Amateur.

Here’s a selection of former winners: – 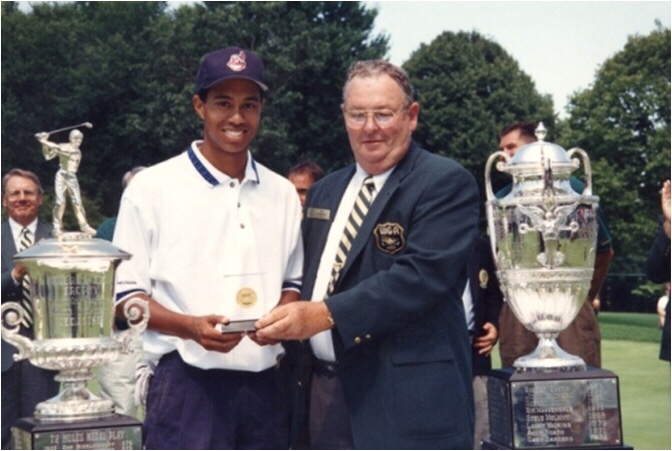 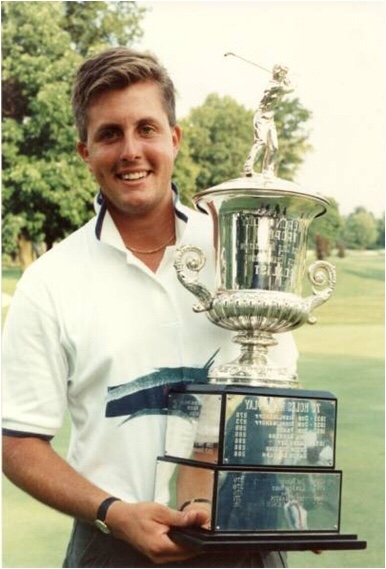 Bobby Jones first played in 1917 when he was just 15. He reached the match play stage before losing in Round 1 (32) to Daniel ‘Ned’ Sawyer. He played for the second time in 1920 where he was medalist before losing to Chick Evans in the semi-finals (36 holes in those days).