A final round 73 (+1), which included a double bogey 7 on the 18th, was good enough for a 281 (-7) total and a 1 shot win. The victory comes with an exemption to the 2018 Open Championship to be played at Carnoustie Golf Links in three weeks time.

Norwegians Viktor HOVLAND and Kristoffer REITAN both recorded best of the day 67’s (-5) in Round 4 to finish the event strongly.

Hovland finished tied 2nd on 282 (-6) alongside Robin DAWSON (IRE), who himself shot a 68 (-4) today, Jerry JI (NED) and Mitch WAITE (ENG). In accordance with the competition rules Dawson and Ji won the silver and bronze medals based on a 36, then 18, hole count back.

Dawson’s compatriots Conor PURCELL and Rowan LESTER also finished the Championship well and can be pleased with their 6th and tied 7th place finishes respectively.

A number of British players moved nicely into position on Friday. Mitch WAITE (ENG) also shot 68 to move into sole second on -7 and Jack GAUNT (ENG) a bogey free 69 to start Day 4 in tied 3rd on -5.

Irish trio Conor PURCELL, Robin DAWSON and Rowan LESTER all recorded 71’s and are now tied 15th on -2. Dawson and Lester are paired together tomorrow at 11.20am so will hopefully drive each other on to good finishes.

Australia’s Charlie DANN went out in a blaze of glory recording a 67, the best round of the day. Unfortunately it could only lift him to +5 for the Championship and hence he still missed the cut by two shots.

Whilst Thursday was hot and sunny throughout unfortunately it proved to be a day of two halves with regard to the wind. This morning saw wind speeds of 10mph but this afternoon they were generally stronger gusting up to 30mph.

Giovanni TADIOTTO (BEL) bounced back from a first round 80 with a 66, the best of the week so far. He finished the day tied 51st nicely within the top 60 cut line which will be applied tomorrow.

Jack GAUNT (ENG) is the only other home player in the top 10. He produced a good 72 playing late this afternoon to stay on -2 and tied 8th.

Andrew WILSON (ENG) produced the best GB&I round of the day with a 68 (he’s T19). Conor PURCELL (IRE) had a 69 (also T19), notable as he is the first player to deliver a bogey free round in the Championship to date.

Switzerland’s American-based Perry COHEN leads the European Amateur at the end of Round 1 after a superb 67 (-5). After bogeying the 1st hole the recent graduate of St. Mary’s California University produced an unblemished round featuring three birdies on each side.

Gleeson had more birdies (7) than any other player in the field in Round 1 and will clearly have been disappointed to tarnish a great day with a double bogey 7 on the home hole.

Robin DAWSON (IRE), Bailey GILL (ENG) and Nicholas POPPLETON (ENG) are also under par for the championship after shooting 71 (-1) today.

Congratulations to Alexander HERRMANN (GER) who recorded a hole-in-one on the par 3 12th in his round of 69.

The field of 144 players will be cut to the top 60 and ties after 54 holes so there is still lots to play for.

This prestigious Championship is run by the European Golf Association (EGA), assisted each year by the host nation; this year, the Royal Netherlands Golf Federation.

The European Amateur is a 72-hole stroke play competition. 18-holes are played daily over four days.

A cut will take place after 54 holes with the 60 lowest scores and ties qualifying for the final round on Saturday 30th June.

A 3 hole aggregate score play off will decide the winner in the event of a tie. If this doesn’t separate the players then a sudden death play-off will commence over the same holes.

144 players will contest the Championship this week.

All of the players must have handicaps of 0.0 or better with an entry ballot applied based on the World Amateur Golf Rankings.

Exemptions were also available to the defending champion, a single nomination from each EGA member nation, four nominated players from the host nation, Netherlands, competitors in the most recent Bonallack Trophy, St. Andrew’s Trophy and Jacques Léglise Trophy matches, the 2018 South American Amateur champion and the 2018 European Mid-Amateur champion.

Most of the leading European and Great Britain and Irish (GB&I) players will be on show. There are 36 GB&I players in total competition at Royal Hague.

Stefano Mazzoli is a past champion having won the event at Penati Golf Resort in Slovakia in 2015.

I will be providing a short report after each day’s play on this webpage throughout the Championship.

The 2018 Championship is being staged at Koninklijke Haagsche Golf & Country Club in Wassenaar, Netherlands. Better known to us in English as Royal Hague.

It is generally acknowledged to be the best course in Netherlands and one of the most challenging in Europe. 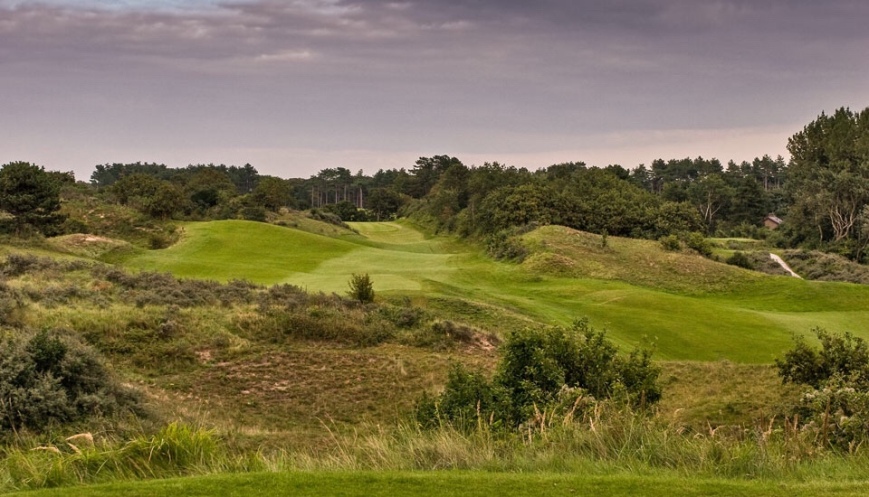 Founded in April 1893 the Club is celebrating it’s 125th anniversary this year.

The current course was designed by Englishmen C. Hugh Alison and Harry Colt and opened for play in 1939.

Since 2008 Dutch architect Frank Pont has been engaged on an extensive course restoration project. He has reviewed all of the greens, bunkers and tees greatly improving Royal Hague’s playability and presentation.

Located on the famous strip of Dutch links land, just north of The Hague city centre, the course lies a couple of miles inland from the North Sea. Uneven stances on an undulating dune landscape, with a few blind shots thrown in, are very much the order of the day here. 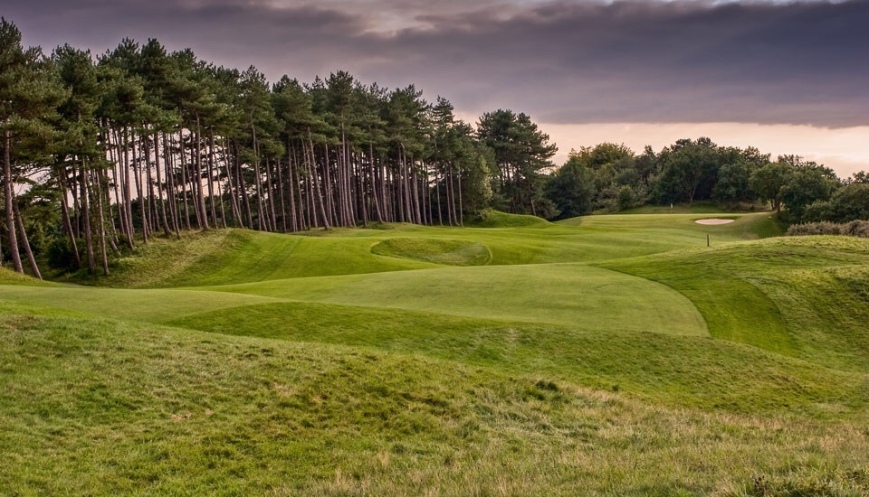 A standard par 72 championship course it stretches to 6,844 yards with two very even nines.

It is going to play firm and fast this week albeit I understand the upturned saucer greens have been watered and are therefore holding well struck approach shots.

A hot and sunny week is forecast for Northern Europe and conditions should be very good over the four competition days. Winds tend to increase in speed here as the day goes on.

Gold, silver and bronze medals are awarded to the Top 3 finishers.

More importantly the champion receives an exemption into this year’s Open Championship at Carnoustie Golf Links in Angus, Scotland. Last year Alfie Plant used his exemption to go on and win the low amateur Silver Medal at Royal Birkdale G.C.

The Championship Trophy is held by the winning player’s national golf authority. 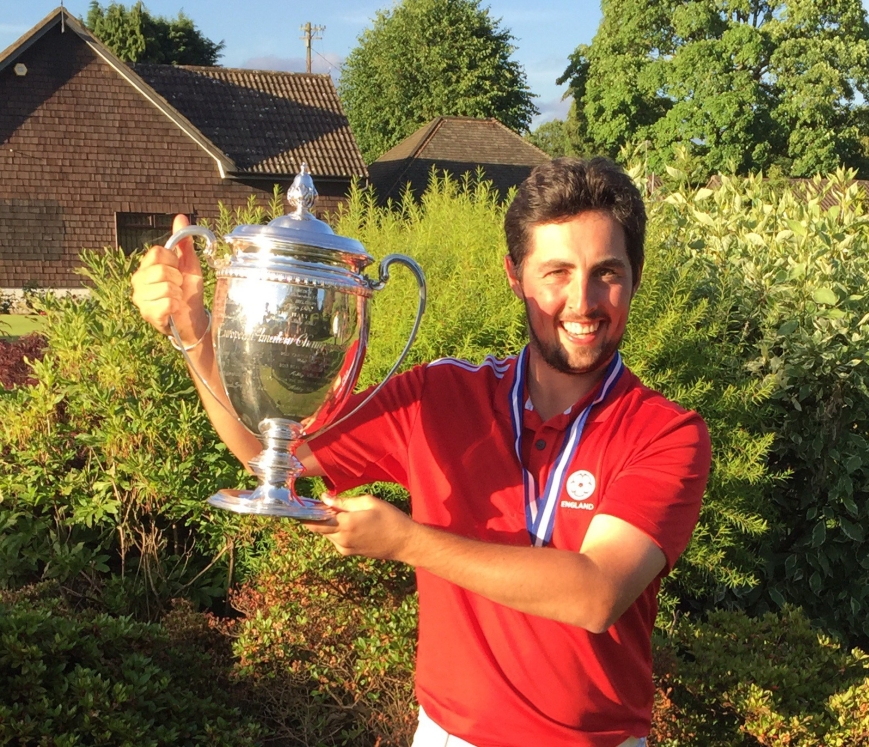 Alfie overcame Italian duo Luca CIANCHETTI and Lorenzo SCALISE on the fifth play-off hole after all three had tied on -15 for the 72 holes of stroke play.

Luca had won the 2016 European Amateur in Estonia after seven play-off holes with Norway’s Victor HOVLAND so a trend appears to be developing.

The competition was first contested in 1986 at Eindhoven G.C. Initially it was held biennially before moving to an annual fixture from 1990.

2018 will be the second occasion the Netherlands have hosted it. It has been held in 18 different countries in total.

Ashley Chesters is the only two-time winner and the only player to have retained the trophy.